I think today I received another  great lesson in why it’s “good to grow up in a Metric world”.

I dropped into our local rigging store A. Nobles and Sons to pick up a Collared eye bolt for my tower, however they were out of stock of M12 collared eye bolts.  Ok no problem there’s a 1/2″-UNC option that I can just substitute.  I would have needed to purchase a M12 nut regardless, no harm done.

So off to the local bolt and nut store United Fastners just around the corner and pick up a suitable 1/2″-UNC nyloc nut.  However sitting down at my desk at work I try to dry assemble the eye bolt and nut and they will turn 1-2 turns and then bind.

So out with the thread gauge, nut 12-tpi check, eye bolt 13-tpi, Umm hang on a second I smell a dirty rat.  Turn eye bolt over and read from the bottom… 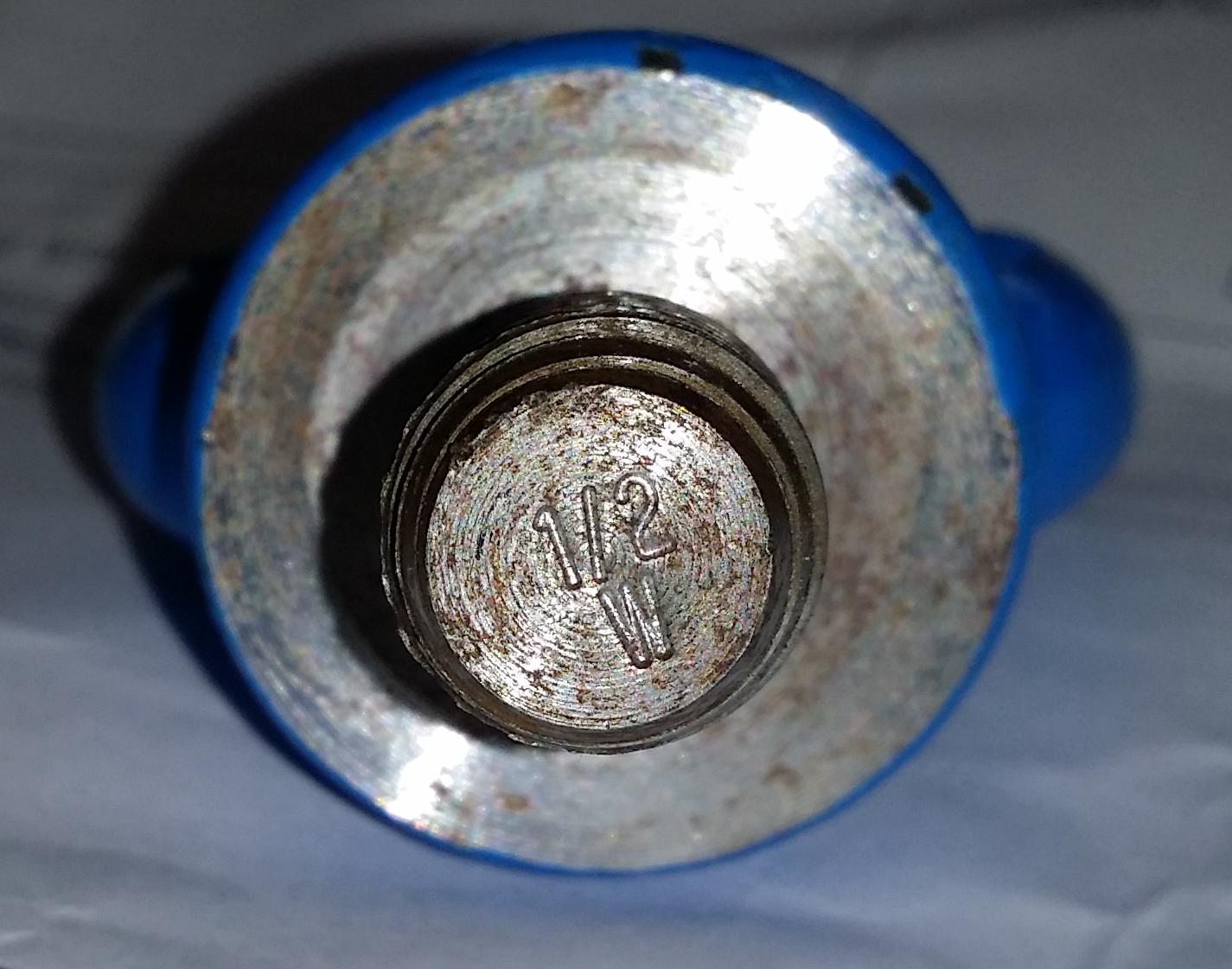 Anyway snot-a-gram sent to Nobles, we wait to see what fun that will create.  However once again I find that there are two thread pitches being used for the same imperial sized bolt which are not visually different enough to raise suspicion.   I’m sure that the old timers that grew up with this UNC/BSW thing would be having a good chuckle.

Serves me right for not dry fitting them in United Fastners and finding the obvious mistake… but this variation between tpi in imperial is quite simply at times unbelievable, this is the second time I’ve struck this issue this past year.  don’t get me started on 1/4 & 1/2 tapered pipe threads, you’ll see the fun I had there with the Hilux Turbo EGT sensor.

I’m lucky that I work for a business that has been around for more than 50 years… So at morning tea time I droped into visit the onsite Fitter and Turner, there I find we have surplus 1/2-BSW nuts that have been quickly turned down to half-nuts so I can lock them together and stop the collared eye bolt from undoing.

So now all I have to do is assemble everything, watch this space.