Now the entire reason for building a new shed was so I could plant a 10m tower by the front door.  It wasn’t just about getting some more space in which to store stuff you see.

I’d been without a HF beam for the past 3 months while the shed was being built, so having the tower go up at the same time was the cherry on the cake.

I’d purchased a second hand uninstalled NBS Antenna Tilt mast that should do the business of holding up my Hexbeam.  It has also been sitting languishing this past 15 months in a corner of my yard. 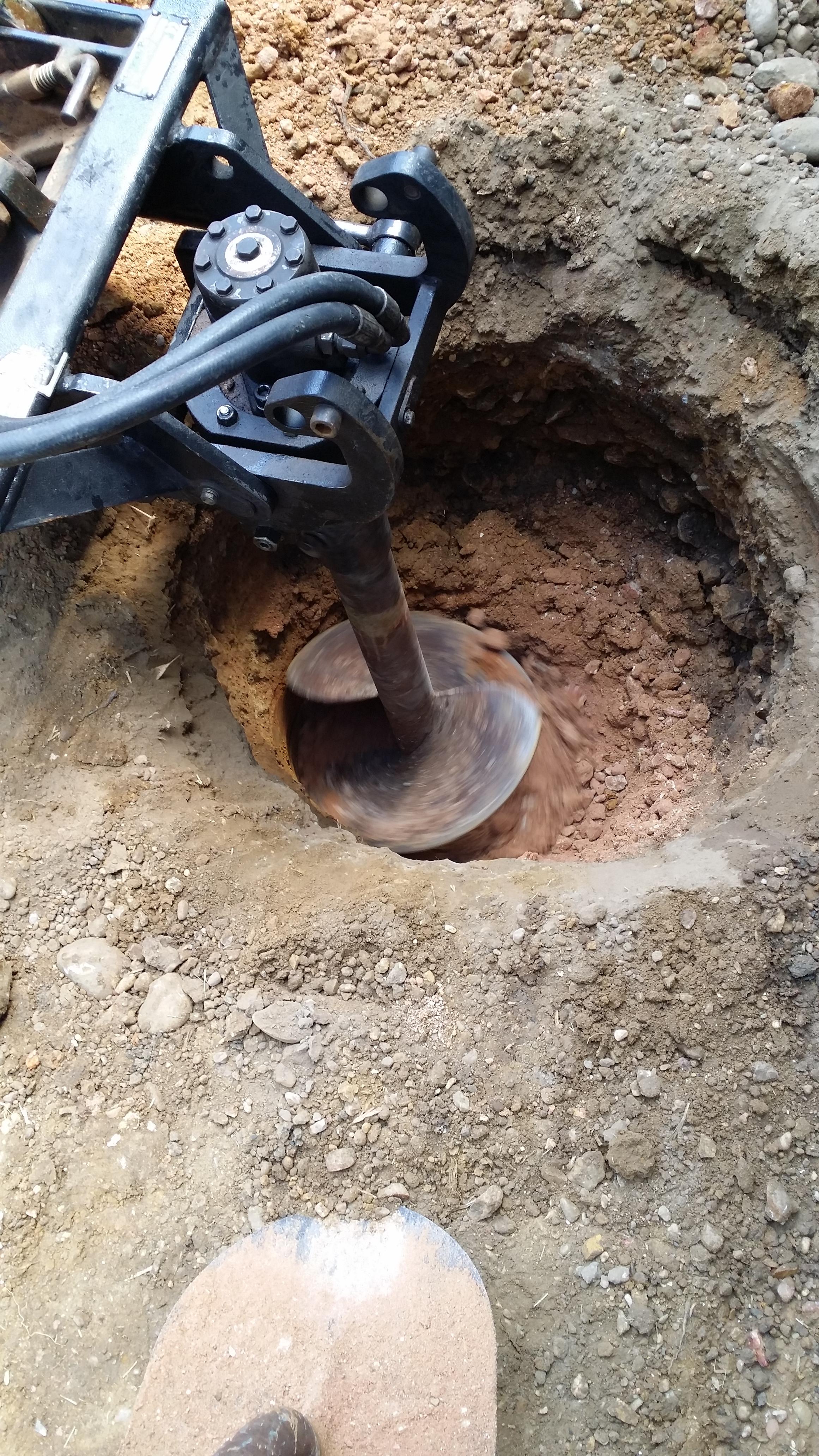 So during the shed construction, prior to the concrete floor being poured I had a local contractor come in and excavate the foundation.

The ground as I’ve explained previously is hard to dig.  The clay holds what look like river pebbles that are smooth, when you get clear of those you find layers of limestone.

This should not come as a surprise since the Torrens River is not that far away at the bottom of the hill over my rear boundary.

I’m thankful that we managed to achieve a depth of just over 1200mm.   That meant I had to modify my foundation design a little to ensure I got enough weight into the hole to overcome any uplift from the tower and antenna at a later date. 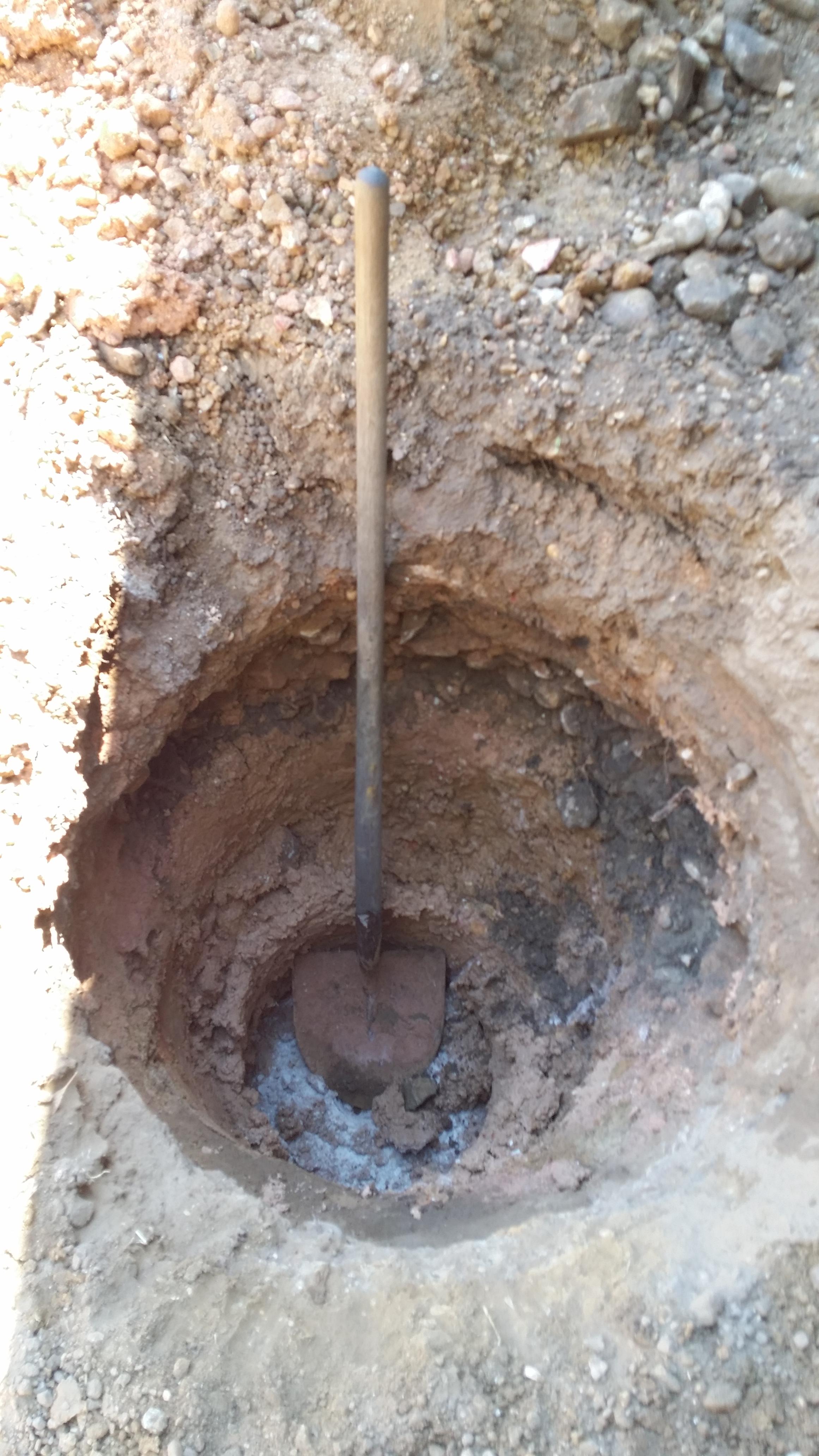 The hole is over 900mm wide at the top and ratchets down to 450mm at the bottom.  You can quite clearly see the soil profile.  This hole took just shy of 4 hours to excavate with a 40hp Bobcat with auger, I’m glad I didn’t have to dig this by hand.

With the hole not being quite deep enough I modified the base to include some addtional steel reinforcing.  This meant I could then grab hold of the concrete at a greater distance from the pole. 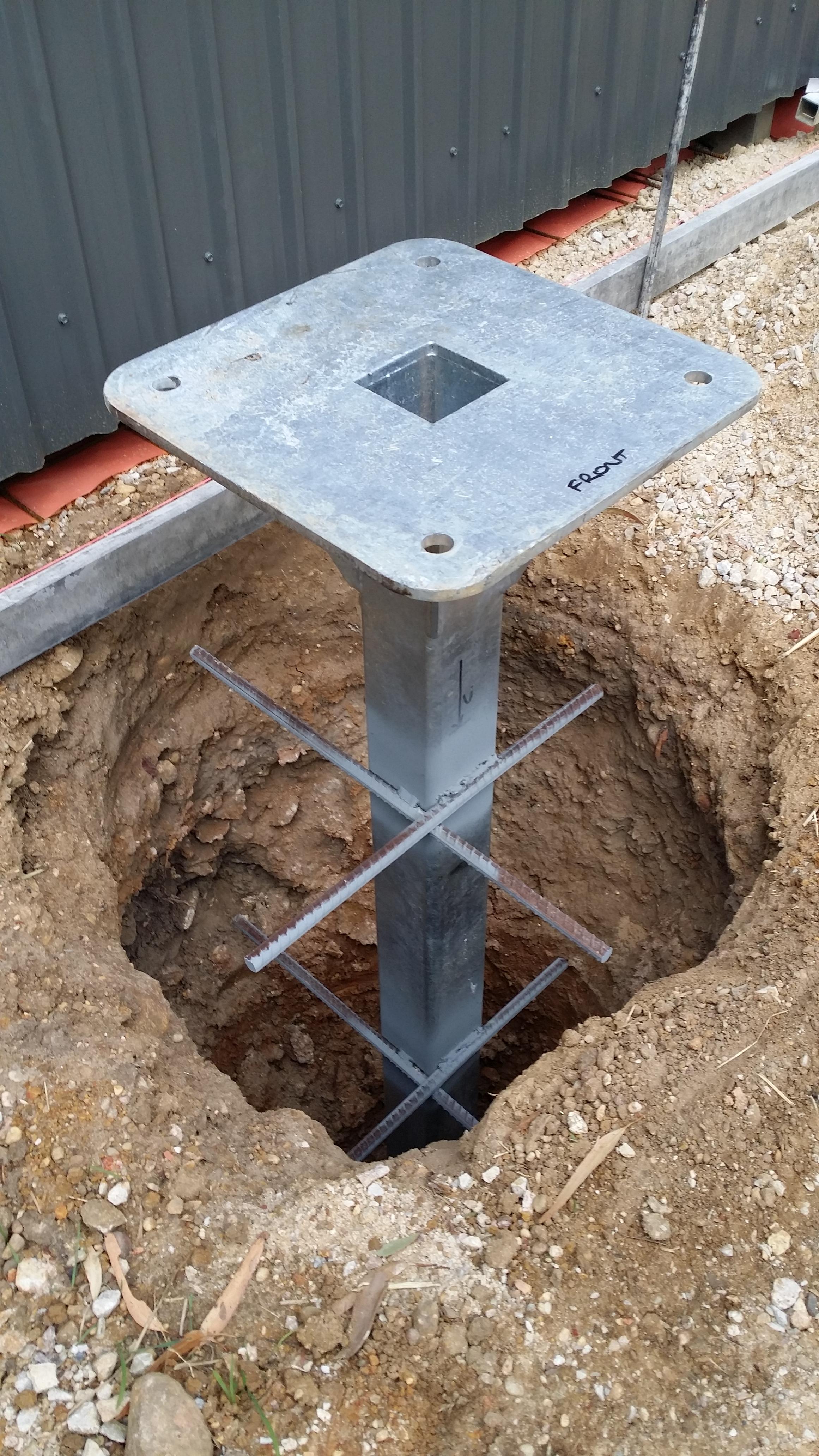 Additional steel was later added and wired to the horizontals before being encased in concrete.  To get the mast base in the right place I had to offset the steel to ensure nothing protruded from the concrete block above a depth of 600m.

After the concrete had been poured they even finished off the pad to make it look neat.  There was also a layer of mesh added in the top box to give it that little extra strength and a fall of 30mm from the centre to the edges to ensure water does not sit where it is not wanted. 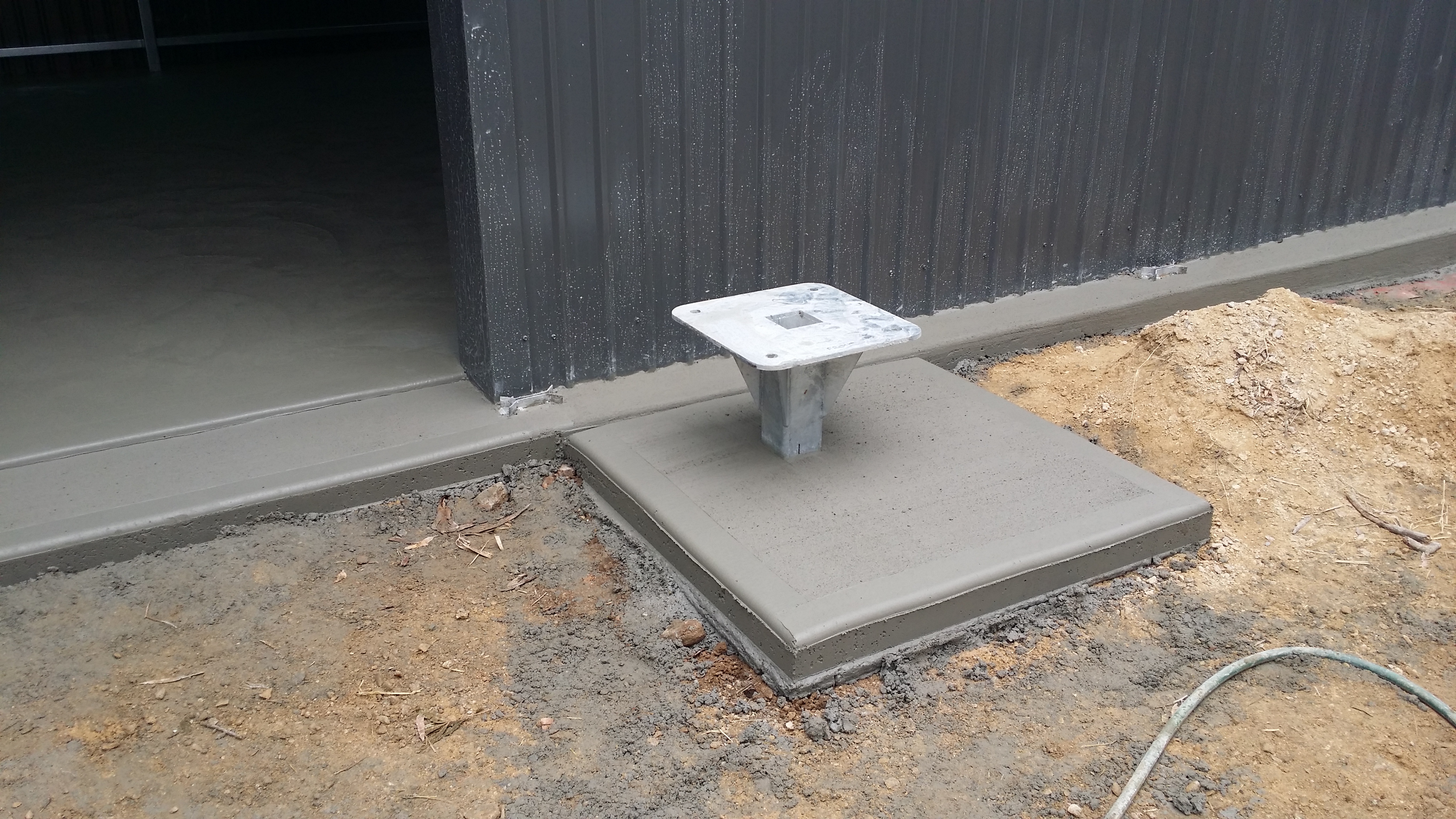 From here I’ve got to wait 28 days for the concrete to harden to 80% strength before I put the tower up.  This is going to be murder.